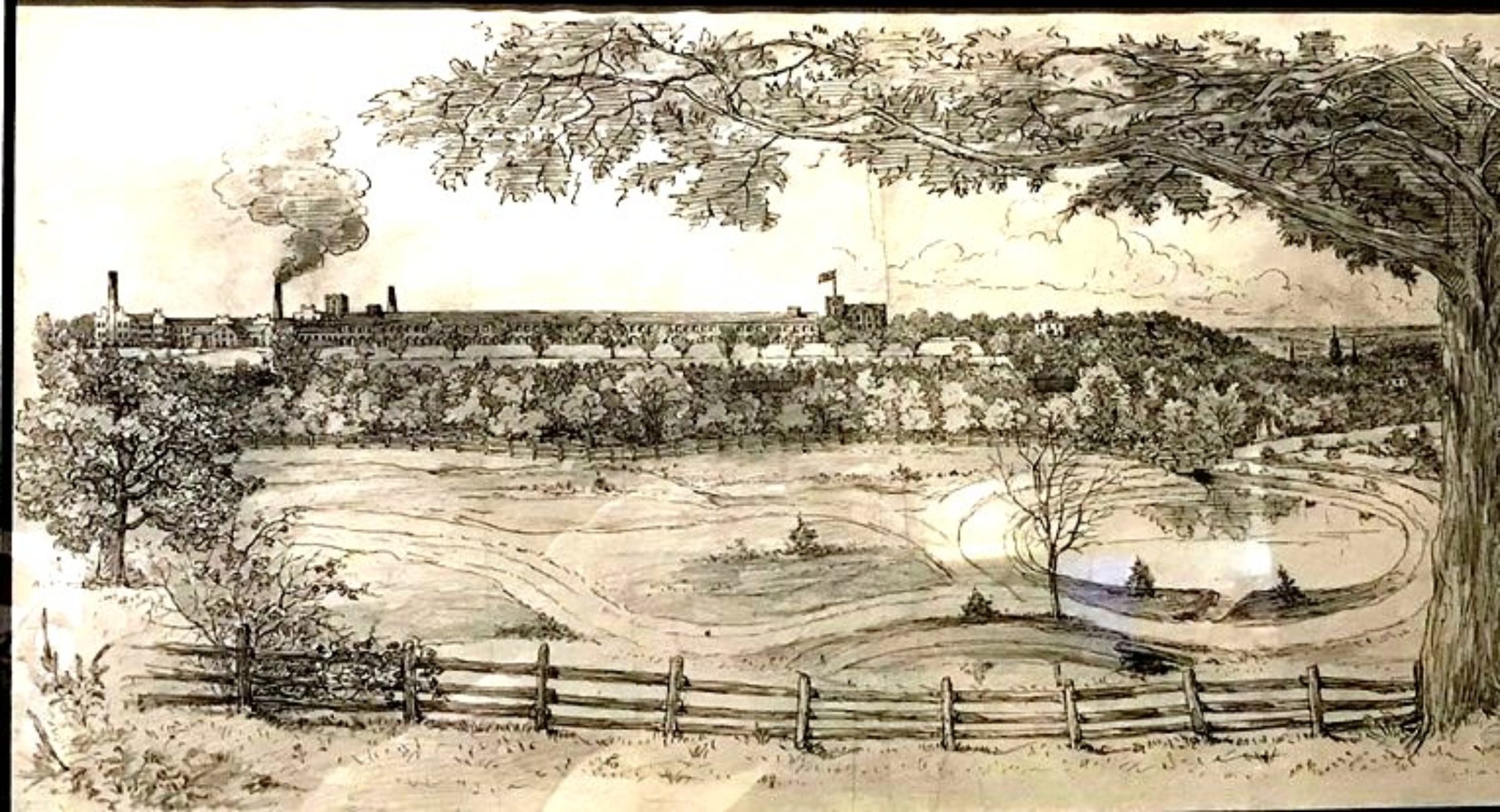 SPRINGFIELD ARMORY
Originally posted April 25, 2019.  Friends of Springfield Armory NHS Board (Armory Board) is pleased to announce the acquisition of a pen and ink drawing by Colonel James Gilchrist Benton, Ordnance Corps, USA, drawn while serving as Commanding Officer between 1866 – until his death in 1881. The drawing is a broad landscape view of the Armory’s northern exposure and appears to have been made from the ascending topography between what is now Pearl and Worthington Streets. Many iconic features of Springfield; the Armory fence, Clock Tower and prominent church steeples in the south end, known to this day, are featured.

Springfield Rifles Model 1866, 1868, 1873 and 1879 were made under his direction. Colonel Benton never took out a patent on any of his inventions; holding that, as he had been educated by the government, it was entitled to benefits, in every way, by his time and talents. Colonel Benton also made several inventions. One of which, was the application of electricity to determine velocity. A similar sentiment held by John C. Garand.

It was agreed by the Armory Board that this drawing should return to the Armory as a part of the permanent collection and was purchased with funds from the Friends predecessor organization. The Morphy Auction House of Pennsylvania offered the drawing and other ephemera including bound printed materials concerning the governance of National Armories and an original copy of Marco Paul Visits the Arsenal at Springfield are included in the lot. The NPS will provide additional information soon. For information on supporting Friends of Springfield Armory visit Friendsofthearmory.org